Angela and David selected the Richard Nixon Library for their ravishing Italian styled wedding. They brought together a color palette of red, black, and ivory, through florals, attire, and decor. It was an absolutely gorgeous day that these two will remember forever! 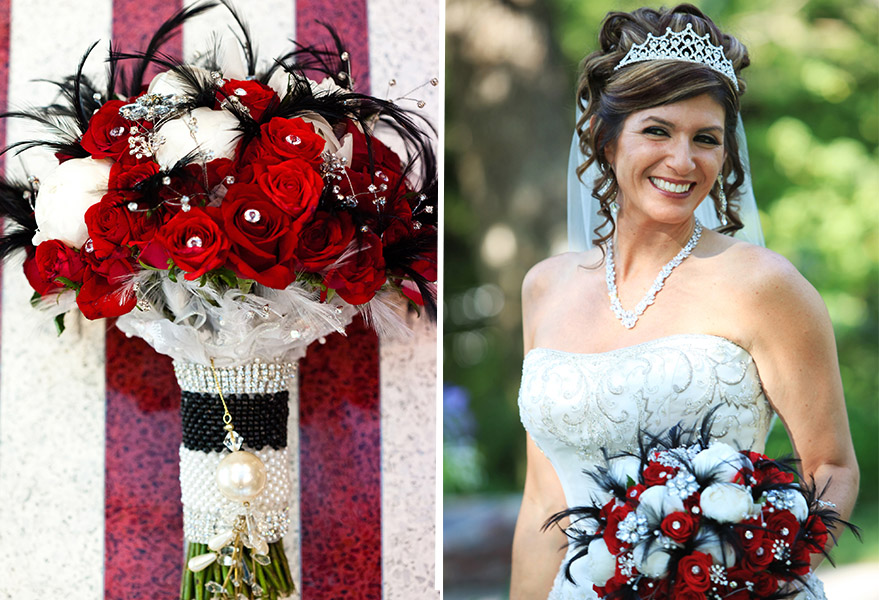 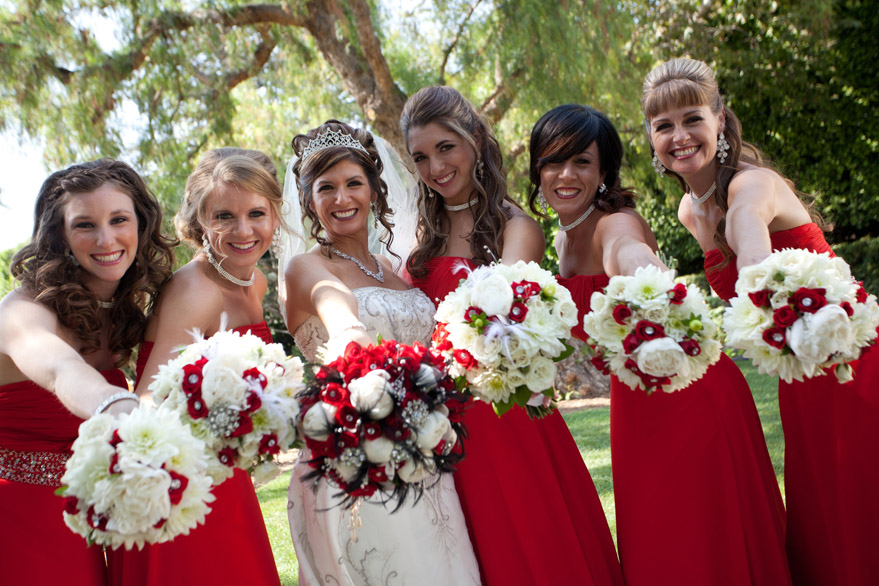 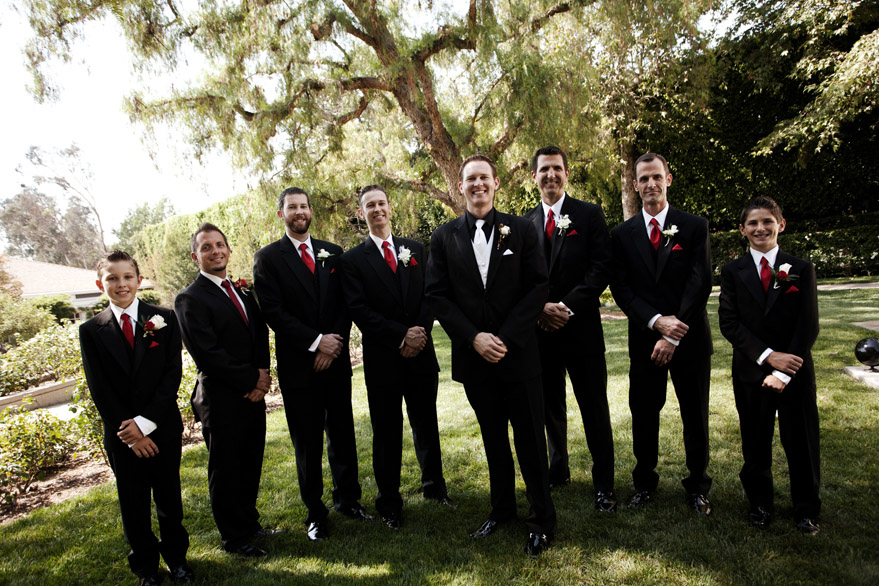 Angela & David were married facing the reflection pool in the gorgeous Rose Garden at the Richard Nixon Library. It was the perfect ceremony they had dreamed of. Not only did Angela and David come together as one on this beautiful day, but they were also creating a blended family since they each have children from previous marriages. It was very important to them to recognize their children during their ceremony. For their sand ceremony, they included their four children and shared this very special moment as a family. Not a dry eye at this ceremony! 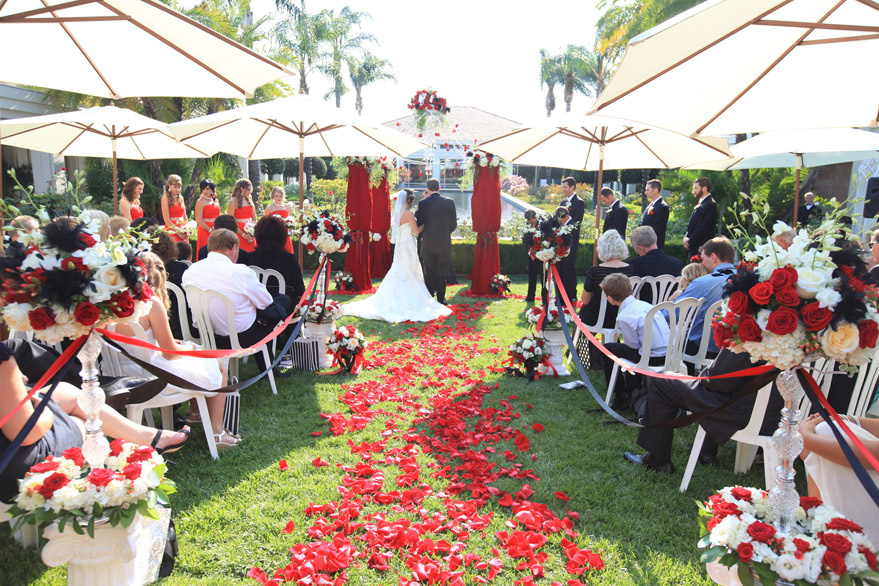 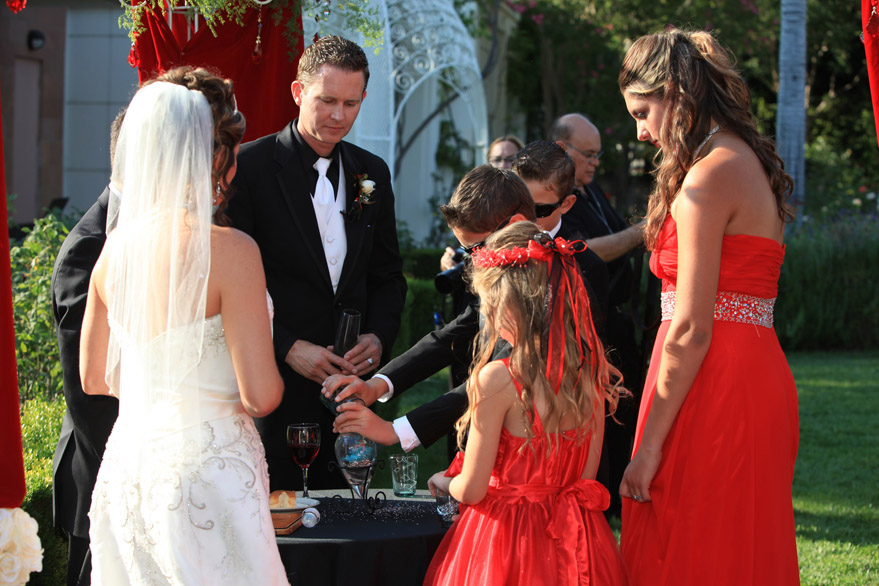 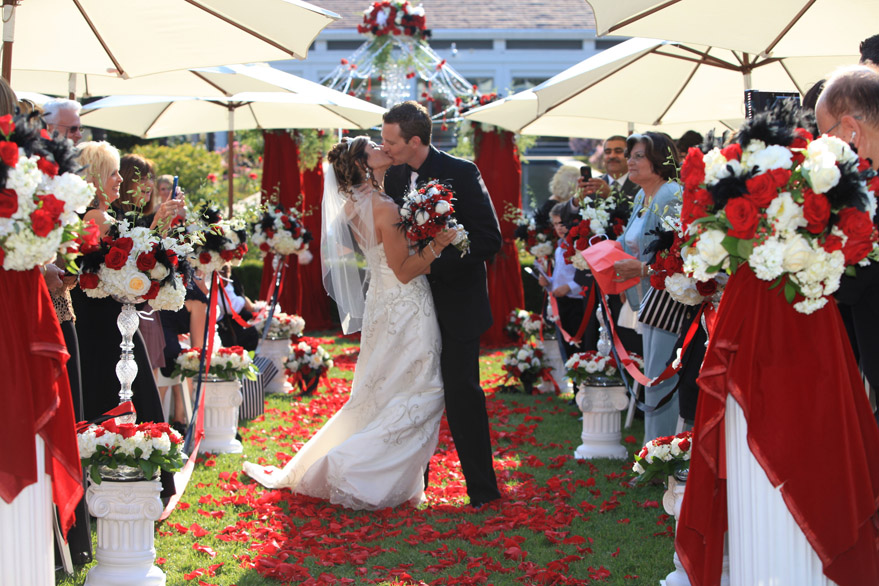 After their magical ceremony, Angela and David headed off with their photographer, Elaine of George Street Photography, for some great couples portraits.

Angela incorporated so many gorgeous details into their reception. She selected tall luscious centerpieces that incorporated feathers and florals, black linens with touches of red, and a favor on every plate. The cake was absolutely divine atop two silver cake stands. 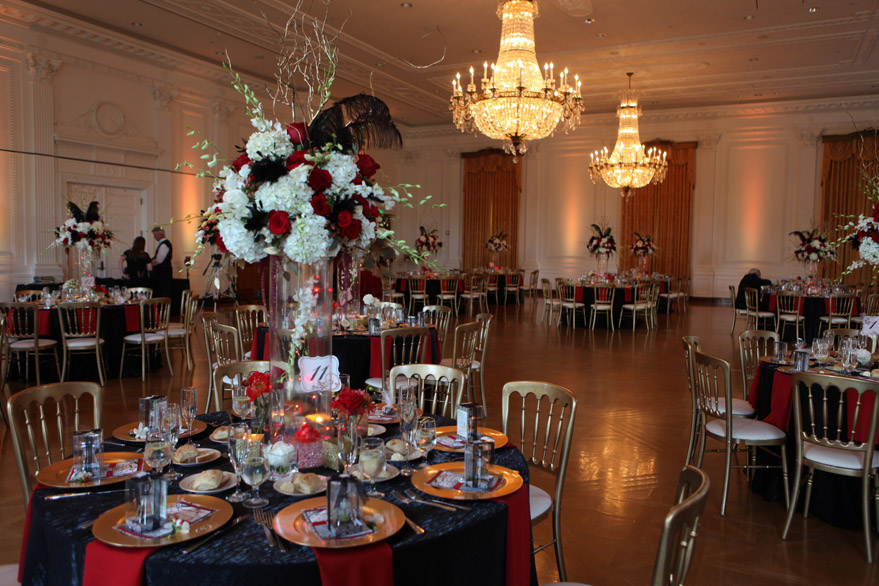 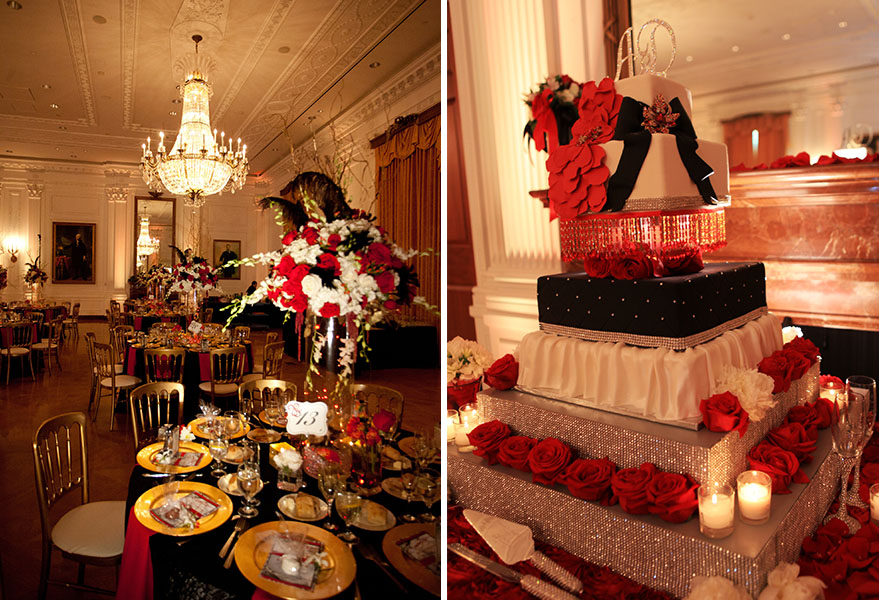 Since Angela comes from an Italian family, it was very important to her to incorporate special traditions and Italian touches into their wedding. She created an Italian Soda station that included family photos. As a surprise to their guests, an Italian gelato station was brought in as a late night snack. They also included the Tarantella, a traditional Italian Napkin dance. 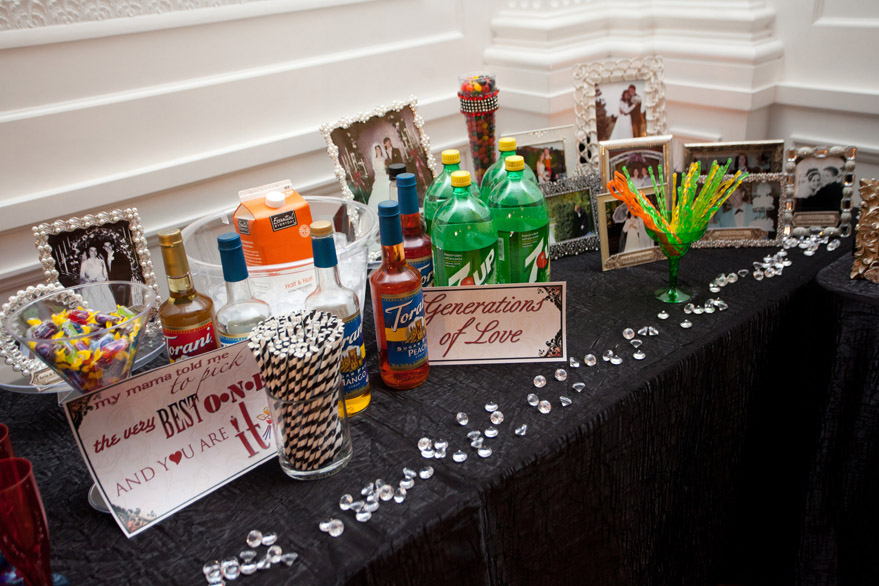 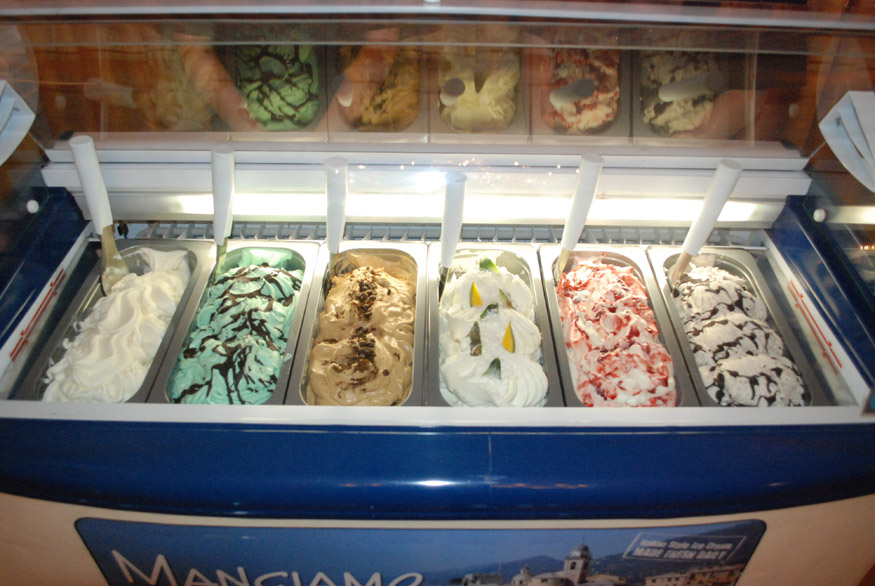 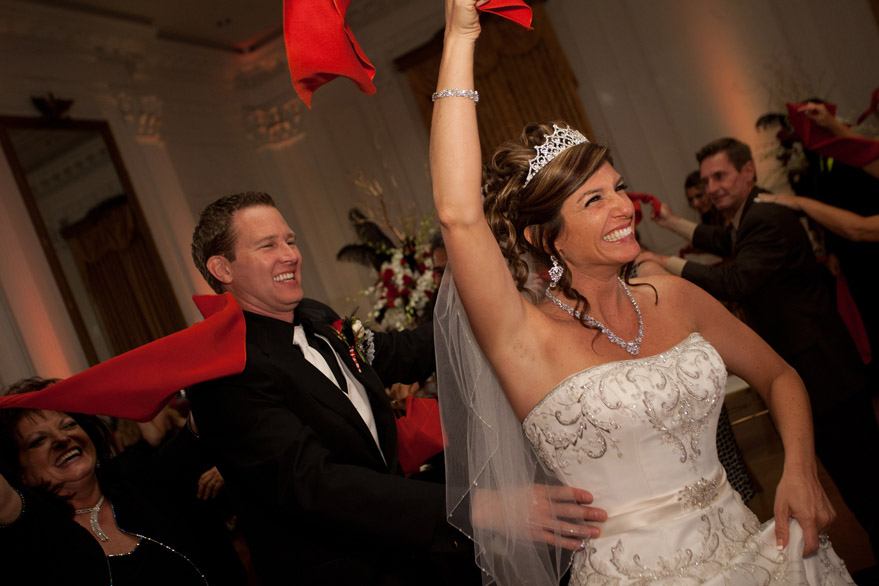 To end their ravishing day, Angela and David ran through a sea of sparklers as their family and friends sent them on their way. 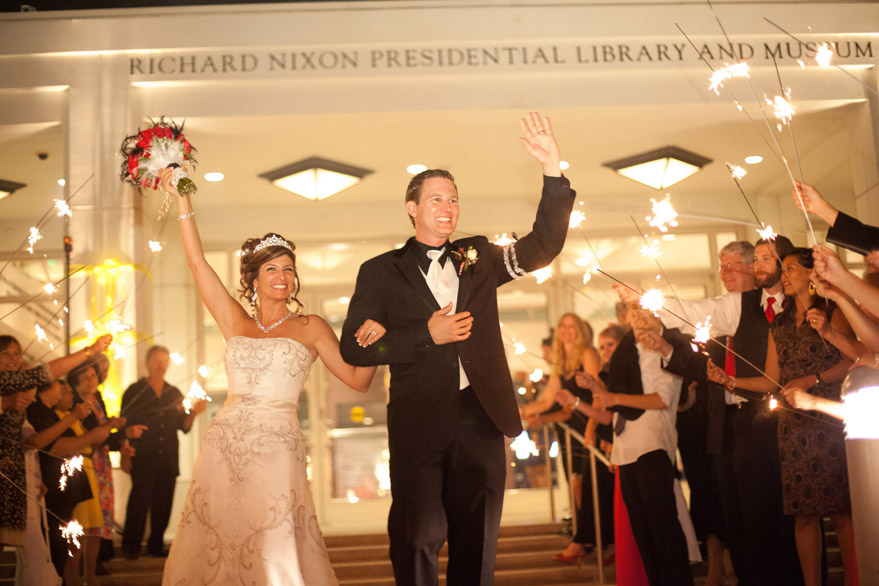